The Orchestra of the Maggio Musicale is one of the most famous orchestras in Italy, highly esteemed by international audiences and demanding conductors alike. The Orchestra was founded in 1928 by Vittorio Gui, under the name “Stabile Orchestrale Fiorentina.” In 1933, the Orchestra created what would become one of the oldest and most prestigious music festivals in Europe : the “Festival del Maggio Musicale Fiorentino”, giving its name to the Orchestra. Milestones in the Orchestra’s history include the resident conductorships of Riccardo Muti (1969-’81) and Zubin Mehta; Zubin Mehta has been Principal Conductor since 1985, and, season after season, leads important symphonic productions and highly-prestigious tours. In 2012, he is celebrating the 50th anniversary of his début in Florence. The Orchestra later established a special relationship with Myung-Whun Chung and Semyon Bychkov, who have been Principal Guest Conductors since 1987 and 1992 respectively. The Orchestra del Maggio Musicale Fiorentino enjoys a superb reputation throughout the music world, and in the course of its history has been conducted by some of the finest musicians of all time, such as Victor De Sabata, Gianandrea Gavazzeni, Tullio Serafin, Wilhelm Furtwängler, Bruno Walter, Otto Klemperer, Erich Kleiber, Dimitri Mitropoulos, Herbert von Karajan, Leonard Bernstein, Claudio Abbado, Lorin Maazel, Carlo Maria Giulini, Georges Prêtre, Wolfgang Sawallisch, Carlos Kleiber, Georg Solti, Riccardo Chailly, Giuseppe Sinopoli and Seiji Ozawa. Famous composers have also conducted their own works in world-première performances in Florence appositely commissioned by Maggio Musicale Fiorentino; they include Richard Strauss, Pietro Mascagni, Ildebrando Pizzetti, Paul Hindemith, Igor Stravinsky, Goffredo Petrassi, Luigi Dallapiccola, Krzysztof Penderecki and Luciano Berio. The Orchestra has made numerous musical recordings, many of which have received prestigious radio and television awards, including the Grammy Award. The Orchestra’s most recent successes include its third tour of Japan, headed by the Honorary Conductor for Life Zubin Mehta; Warsaw, the Musikverein in Vienna, Frankfurt and Baden-Baden. On the 80th anniversary of its inauguration, the Orchestra received the Fiorino d’Oro award from the City of Florence for outstanding artistic achievement. In 2011, the Maggio Musicale Fiorentino was commended by the President of the Italian Republic Ambassador for its invaluable contribution to culture and was an essential part of the celebration of the 150th anniversary of the Unification of Italy. During 2011 the Orchestra had important tournées in more than 12 countries (France, Luxemburg, Spain, Germany, Japan, Taiwan, China, India, Hungary, Russia, Austria, Switzerland). In 2012 the Festival of Maggio Musicale Fiorentino is hosting its 75th edition, which has as motif the voyage from Middle Europe to South America, and is taking place during the year which celebrates Amerigo Vespucci on the 500th anniversary of his death. 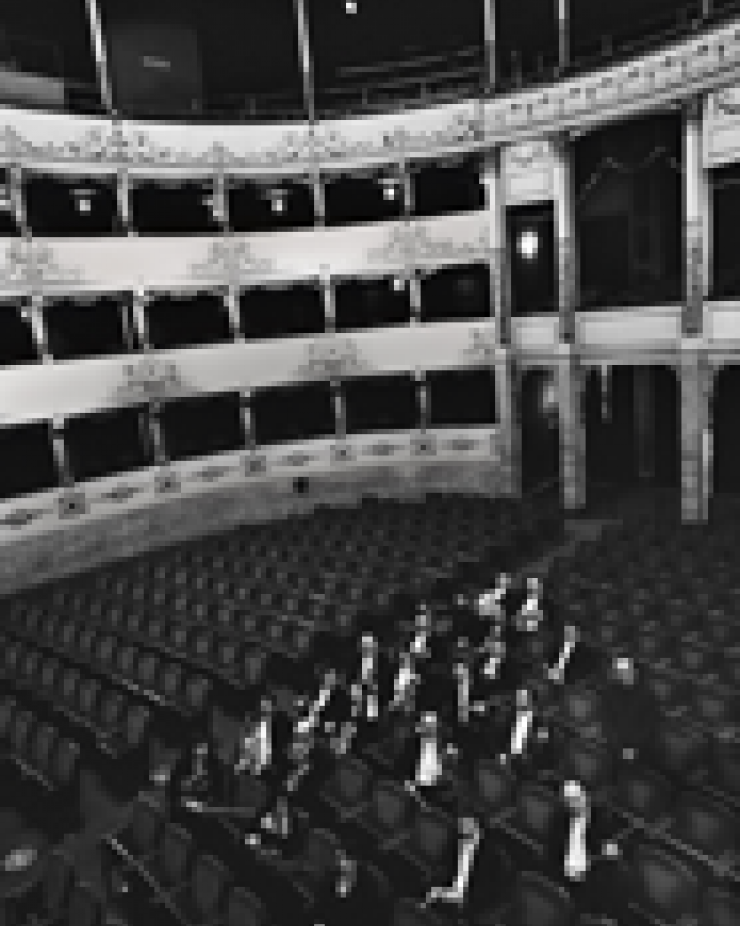