The refined, passionate and commanding playing of Ukrainian violinist Aleksey Semenenko identify him as inheritor of the great Odessa violin tradition and earnt him places on both the BBC New Generation Artists scheme and Young Concert Artists in New York, bringing him to the attention of audiences across Europe and the US. He has given recitals at Snape Maltings, Wigmore Hall, the Kennedy Center and Alice Tully Hall, and performed concertos with orchestras including BBC National Orchestra of Wales, BBC Philharmonic, Deutsches Symphonie- Orchester Berlin, Seattle Symphony, Orchestra of St Lukes, National Orchestra of Belgium, Ulster Orchestra and the Royal Concertgebouw Orchestra. His festival performances include invitations at the Hay, Cheltenham and Edinburgh festivals. The most recent addition to Semenenkos discography is his new album Crossroads on BIS, with pianist Artem Belogurov, featuring sonatas by Previn, Schemmer and Gay. The launch of the album was marked by a Wigmore Hall recital in which the duo performed a selection of American works. Semenenko began his violin studies at the age of six with Zoya Mertsalova at the Stolyarsky School, making his solo debut with orchestra only a year later with the Odessa Philharmonic. He completed his studies with Zakhar Bron and Harald Schoneweg at Colognes Hochschule fur Musik and was a prize winner in the 2015 Queen Elizabeth Violin Competition. Alongside his performing career, Semenenko is Violin Professor at the Folkwang Universitat der Kunste. He is kindly supported by the Deutsche Stiftung Musikleben. 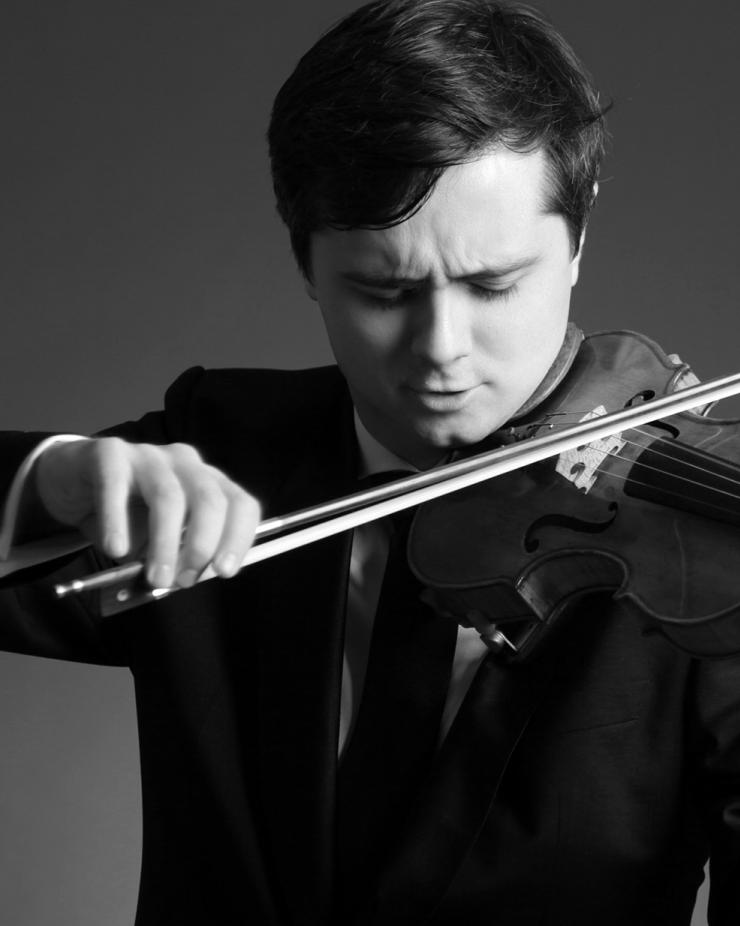