Acclaimed by CNN in 2013 as "Musical Genius". Awarded in 2017 in Montecitorio as "Best Italian Excellence in the World" for Music. Amazing success for the song "Dorian Gray" that Alessandro composed, arranged and performed live in the World Premiere performing with "Roberto Bolle", enthralling the audience of the Arena of Verona, of Caracalla in Rome, of the Carlo Felice Theater of Genoa, of the Pala De Andrè in Ravenna and P.zza S.ma Annunziata in Florence. Also in Roberto Bolle's TV show "Danza con me" broadcast on RAIUno on 1 January 2019, Alessandro performed in front of 5 million viewers and with the performance of Dorian Gray he obtained the highest share point. The 14,000 standing ovation of the Arena di Verona is unforgettable on 24 September 2019 after interpreting his concert "Astor Piazzolla." International guest at "SANREMO" 2019 on the evening of the Duets invited by the three guys from "Il Volo" with the song "Musica che Resta", certainly contributing to the arrival on the podium of the three famous artists on the final evening. More Ovations in each of the 12 summer performances that saw him perform at the Ancient Theater of Taormina, at the Cavea of the Auditorium Parco della Musica in Rome, at the Arena di Cinquale, in the suggestive natural theater of Matera and in the exclusive Arena of Verona as a special guest on the Italian Tour of "Il Volo" where he performed pieces of his Album Alessandro Quarta plays Astor Piazzolla and particular and exclusive duets with the three singers of the trio, Ignazio, Piero and Gianluca. Special Guest at the Padua Festival Show in front of about 30,000 people who in raptures followed with emotion, songs from his album dedicated to Astor Piazzolla, accompanied as usual consolidated over time, by his pianist Giuseppe Magagnino. International Guest on the "Notte della Taranta" where, in front of the incredible presence and participation of 200,000 people, he performed three of his arrangements of songs written for Violin and Classical Orchestra live on RAI 2. Among these, a popular piece for violin and orchestra written and arranged specifically for the International event with a special dedication to Salento and Puglia, his land to which he has always been very close. His superb opening of the May Day concert in Rome on Rai live in 2015 for violin solo is unforgettable. ALESSANDRO QUARTA IS Violinist, Multi-instrumentalist and Composer (he participated in unpublished music writings for Walt Disney films), Alessandro grew musically with the greatest conductors in the world such as L. Maazel, E. Inbal, C. Dutoit, M. Rostropovich, M.W. Chung, G. Pretre, Z. Metha, covering for them roles as Shoulder Violin, playing in the most prestigious halls in the world during major tours in Europe, America, China, Japan, Middle East ,. He arrives in the Parco della Musica in Rome with his Quintet interpreting his Project / Album "Alessandro Quarta plays Astor Piazzolla". Violinist, Arranger and Soloist with names such as Berliner Philharmoniker Soloists, Carlos Santana, Lucio Dalla, Mark Knopfler, Boy George, Dionne Warwick, Lionel Richie, Celine Dion, Liza Minnelli, Joe Cocker, Lenny Kravitz, Jovanotti, Amii Stewart and many others .. At the moment he collaborates on international projects together with Roberto Bolle, Soloists of the Berliner Philharmoniker, Soloists National Orchestra of the Rai of Turin, Quartet of the Teatro alla Scala, Sextet Stradivari, Soloists Orchestra Accademia Santa Cecilia, Dee Dee Bridgewater, Mike Stern, Il Volo, James Taylor, Amii Stewart, Toquinho, Regina Carter, and many other international artists. The 2020 tour will bring Alessandro Quarta to the United States, South America, Japan, Europe and Russia. After the success of his first two albums "One More Time" (2010) and especially the autobiographical one "Charlot" (2014), in 2019 he presents his tribute to Astor Piazzolla: "Alessandro Quarta plays Astor Piazzolla". In the album "Il Tango di Piazzolla" arranged by Alessandro, with refined care of the arrangements and electrifying rhythm, it is presented by the artist in many international stages with consensus results magnificently always sold out. An album already nominated Grammy. Alessandro Plays an Alessandro Gagliano, a very rare violin of 1723 "ex Prince of the Clelia Biondi family", a Giovanni Battista Guadagnini, jewel of 1761, an Enrico Biondi from 1982 and 2 violins by Ezia Di Labio painted by the famous scenographer Emanuele Luzzati and AFC the beloved writer Pino Cacucci. 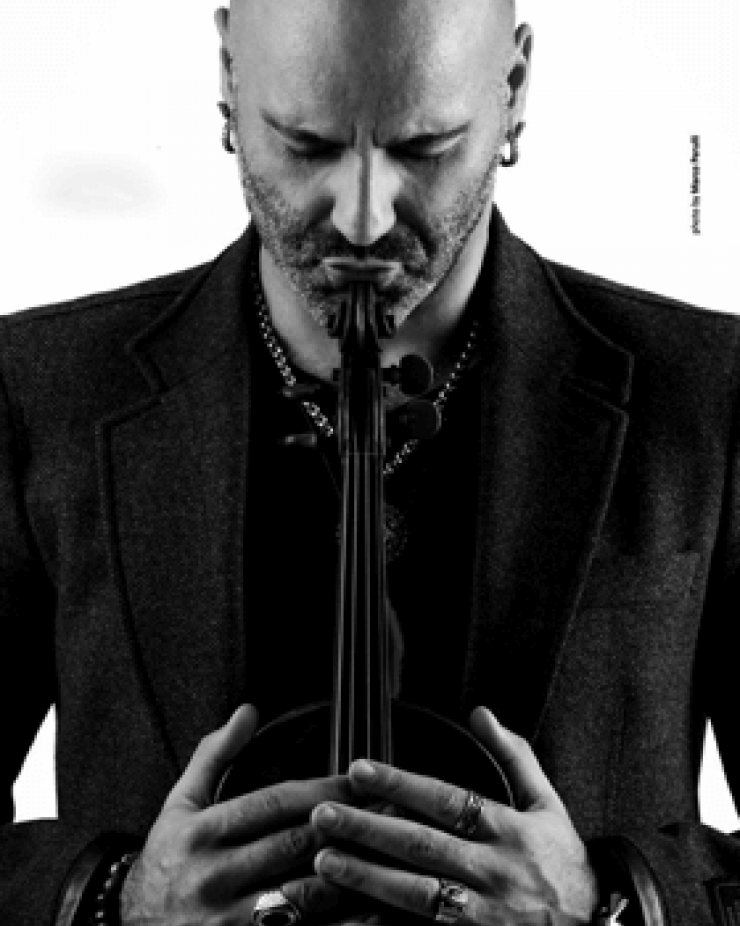