Alexander Buzlov is one of the most vivid and talented cellists of the next generation, one who represents the Russian performing school with honour at the world’s leading music venues. One of Buzlov’s most recent achievements came with his participation in the Emanuel Feuermann Cello Competition in Berlin in November 2010, at which he was awarded the Grand Prix and the Audience Award. Alexander Buzlov was born in Moscow in 1983. He graduated from the music school and college of the Moscow State Tchaikovsky Conservatoire; in 2006 he graduated from the Moscow Conservatoire itself. At master-classes, he has received instruction from such renowned cellists as Mstislav Rostropovich, Daniil Shafran, Natalia Shakhovskaya,, Eberhard Finke (Switzerland) and Bernard Greenhouse (USA). As a student, Alexander Buzlov received grants from numerous international organisations, among them the Russian Performing Arts foundation, the Mstislav Rostropovich Foundation, the Vladimir Spivakov Foundation. He currently teaches at the Moscow Tchaikovsky Conservatoire where he has his own class and is an assistant to Professor Natalia Gutman. Alexander Buzlov has won 1st prizes at Young Concert Artist competitions in Leipzig (2000) and New York (2001) and the Grand Prix in the categories “Cello” and “Chamber Ensemble” at the I New Names All-Russian Open Competition (Moscow, 2000); recipient of the Triumph youth prize (2003) and prize-winner at the XXXV International Competition Jeunesses Musicales in Belgrade (1st prize and Audience Award, 2005). 4). In 2005 he took 2nd prize at one of the most prestigious music compositions in Europe – the ARD International Cello Competition in Munich (Germany), while in 2007 he was the undoubted favourite at the XIII International Tchaikovsky Competition at which he took the Silver Medal, the prize for the best performance of a work by Tchaikovsky and the special prize of the Mstislav Rostropovich and Galina Vishnevskaya Foundation. One year later the cellist took 2nd prize at the LXIII International Cello Competition in Geneva, the oldest cello competition in Europe. Today Alexander Buzlov performs throughout Russia and abroad; his tours have taken him to the USA, Great Britain, Germany, France, Israel, Switzerland, Austria, Norway, Malaysia, South Korea, Japan, Belgium and the Czech Republic. Alexander Buzlov has appeared with many renowned Russian ensembles, among them the New Russia Symphony Orchestra, the Svetlanov State Academic Symphony Orchestra, the Mariinsky Theatre Symphony Orchestra, the National Philharmonic Orchestra of Russia, the Grand Tchaikovsky Symphony Orchestra, the Moscow Soloists chamber ensemble, the Munich Chamber Ensemble, the Bavarian Radio Symphony Orchestra, the St Petersburg Academic Philharmonic . He has worked with conductors including Yuri Bashmet, Valery Gergiev, Vladimir Spivakov, Vladimir Fedoseyev, Yuri Temirkanov, Konstantin Orbelian, Leonard Slatkin, Thomas Sanderling,, Claudio Vandelli (Italy), Yakov Kreizberg (USA)). As a soloist he has performed with numerous American symphony orchestras, travelling to almost each and every American state while on tour. Alexander Buzlov’s debut at the renowned Carnegie Hall took place in 2005, while May the same year saw a gala at the Lincoln Center in New York with the Orchestra of St Luke’s under the baton of Leonard Slatkin.  Alexander Buzlov performs with such acclaimed musicians as Natalia Gutman, Yuri Bashmet, Alexei Lyubimov, Vasily Lobanov and Tatiana Grindenko. The cellist takes part in international festivals including Musical Kremlin, Moscow Autumn, December Evenings of Svyatoslav Richter and Ars Longa (Moscow), the White Nights, Arts Square and Musical Olympus (St Petersburg), festivals in Ludwigsburg and Usedom (Germany), Colmar (France), the Oleg Kagan Memorial Festivals in Moscow and Kreuth (Germany), international chamber music festivals in Giverny and Montpellier (France), Crescendo (Israel), Chanel, Ginza (Japan) and the Seiji Ozawa Academy (Switzerland). Alexander Buzlov has won IIIrd prize at the XV International Tchaikovsky Competition (2015).He plays on a 1742 Francesco Stradivarius on generous loan from a private collection. 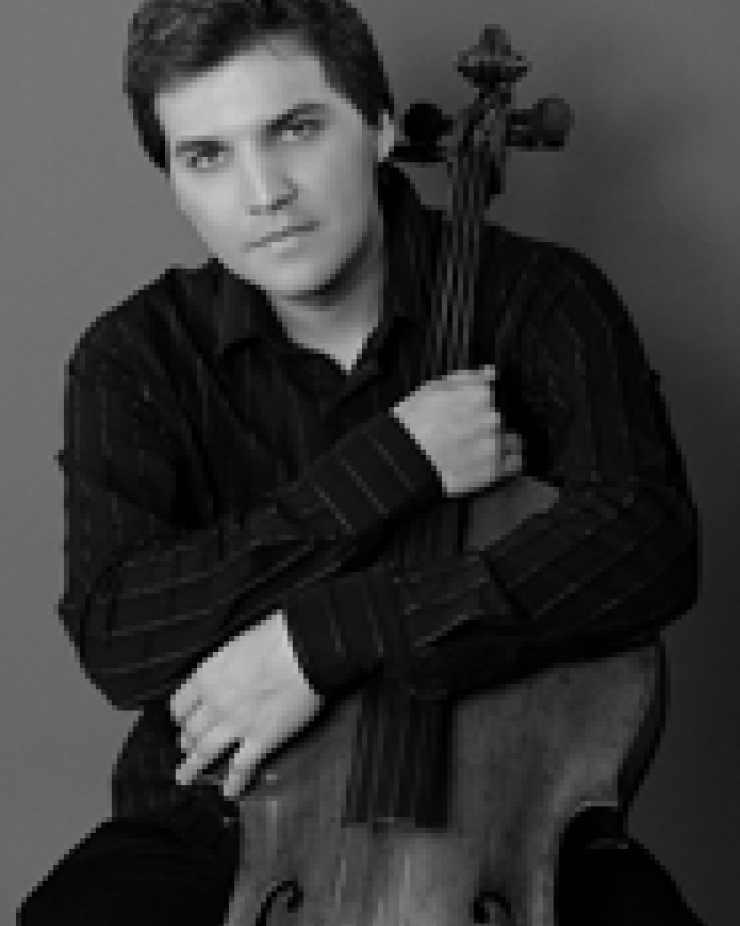