Antonio Florio was born in Bari, where he studied classical music, receiving his diploma in cello, piano and composition there under the direction of Nino Rota, before going on to study early instruments and Baroque performing practice. In 1987 he founded the ensemble I Turchini, and from that point on has been devoting himself to the giving of concerts and pursuing musicological research, exploring above all the repertory of 17th and 18th century Neapolitan music, reviving masterpieces which had never appeared in print, prior to directing them in major theatres and opera houses across Europe. Some examples of such rediscoveries include ‘’La colomba ferita’’ (1670), ‘’Il schiavo di sua moglie’’ (1671) and ‘’Stellidaura vendicante’’ (1674), all by Francesco Provenzale, ‘’Il disperato innocente’’ by Francesco Boerio (1673), ‘’La finta cameriera’’ by Gaetano Latilla (1673), ‘’Li zite ‘ngalera’’ by Leonardo Vinci (1722), ‘’Pulcinella vendicato’’ by Giovanni Paisiello (1767), ‘’La Statira’’ by Francesco Cavalli (in the Neapolitan 1666 edition) and ‘‘Motezuma’’ by Francesco De Majo (1765). In 1999 and 2000 he directed the Symphonic Orchestra of Santiago de Compostela with ‘’La serva padrona’’ and ‘‘Stabat Mater’’ by Giovan Battista Pergolesi. Antonio Florio is equally active as a teacher: he has given seminars and master classes on Baroque vocal and chamber music for the Centre de Musique Baroque, Versailles, the Fondation Royaumont and for the Toulouse Conservatoire. He also holds the chair in Musica da camera at the Conservatorio San Pietro a Majella in Naples where he gives a university course in baroque style and repertoire. Notable recent endeavors include revising and directing a production of ‘’La Partenope’’ by Leonardo Vinci in 2004; which was staged that same year at the Teatro di Ponferrada and the Auditorio di León in Spain. I Turchini Founded in 1987 by Antonio Florio, the ensemble I Turchini is made up of instrumentalists and singers living and working in Naples who specialize in the performance of Neapolitan music from the 17th and 18th centuries and in the rediscovery of music by unknown and gifted composers. Their unique programmes and rigorous approach to Baroque performing practices make of I Turchini one of the most interesting ensembles in current European music. The ensemble has been invited to take part in a large number of musical events all across Europe, such as at the Accademia di Santa Cecilia of Rome, the Teatro di San Carlo in Naples, the Palau de la Musica Catalana in Barcelona, the Philharmonie in Berlin, the Konzerthaus in Vienna, the Teatro Lope de Vega in Sevilla and the Théâtre de La Monnaie in Brussels. I Turchini have an active participation in European festivals of antique music such as Festival Monteverdi in Cremona, the Versailles, Nancy, Nantes, Metz, Caen and Ambronay Festivals, Festival de Otoño di Madrid, Antique Music Festival in Tel Aviv, Barcellona, Potsdam, BBC Early Music Festival, Cité de la Musique in Paris, Saison Musicale de la Fondation Royamount, Festival “Mozart” in La Coruña, the Vienna Konzerthaus as well as China, Japan and America. They released two CDs with Glossa Records: Cristofaro Caresana’s “L’Adoratione de’ Maggi” (“Christmas Choice’’ of the BBC) and “Tenebrae – musica per la Settimana Santa a Napoli”, in 2011. More recently, they released the “Neapolitan cello concertos” CD with Giovanni Sollima as soloist and composer of a piece written exclusively for I Turchini. Their honorary President is Juan Angel Vela del Campo. 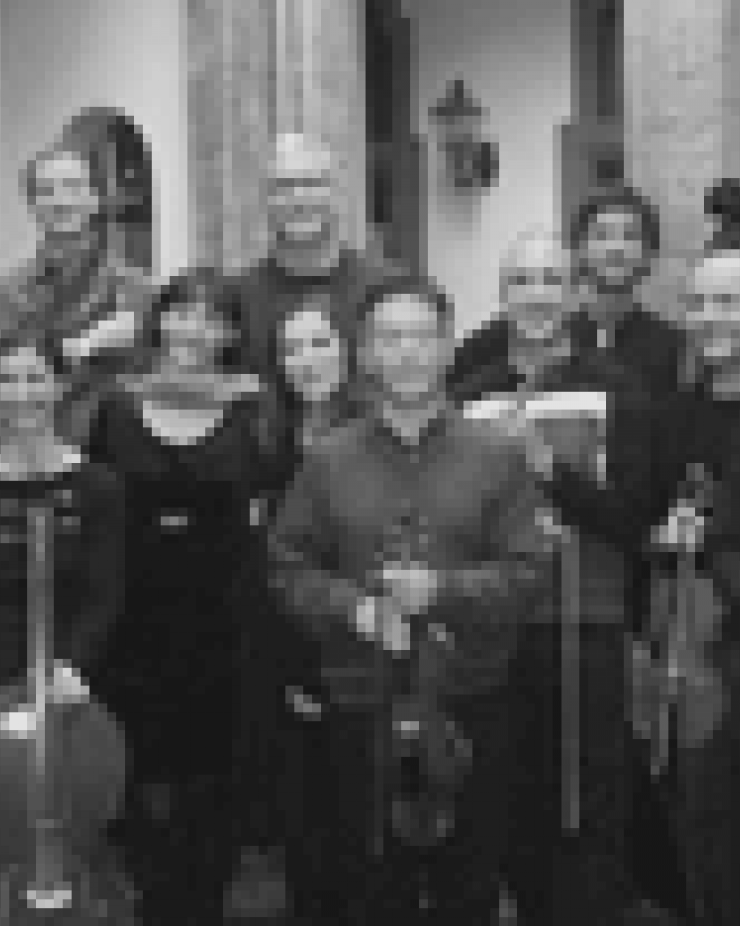