The twin brothers Daniel and Alexander Gurfinkel, duo clarinetists, have already established themselves as among today's most important artists. Born in 1992, they began their musical education in the year 2000 and by age 12, they were invited by Zubin Mehta to appear as soloists in the annual concert for young musicians with the Israel Philharmonic Orchestra. In recent seasons, Duo Gurfinkel were re-engaged with Mehta and the Israel Philharmonic and performed abroad with the Zagreb Philharmonic, Belgrade Philharmonic, Vienna Ton-künstler Orchestra, and in Kiev as well as on tour in France with the Orchestre National des Pays de la Loire under Nader Abbassi and with the Moscow Virtuosi and the Israel Sympho-ny Orchestra Rishon LeZion. Duo Gurfinkel's past engagements have included performances in Switzerland (Mendelssohn concerto) at the “Moscow Meets Friends” festival, with the Moscow Virtuosi Chamber Or-chestra under Vladimir Spivakov, in Los Angeles under the auspices of Zubin Mehta, and with Yuri Bashmet and the Moscow Soloists at the Tchaikovsky Hall, in Ekaterinburg, and the Capella Istopolitana at the Rheingau Festival. They have appeared as well across the USA as well as in Hong Kong, Slovenia, Italy, Russia, Germany, Azerbaijan, Slovakia, Croatia, Austria, and South Africa. Daniel and Alexander Gurfinkel preserve a rich family tradition of three generations. Their grandfather Arkady Gurfinkel was a well-known clarinet player, teacher, and arranger, while their father, Michael Gurfinkel, is among the leading clarinet players in Israel as the principal of the Israel Symphony Orchestra and Israeli Opera. Among recent engagements of Duo Gurfinkel may be counted a tour of Russia with the Hal-born Chamber Orchestra in 2013. In addition, as Duo Gurfinkel are keen on exploring the music of today, they look forward to several commissions in the coming season, including Rashid Kalimulin's concerto for two clarinets and orchestra at the Gewandhaus with the Leipzig Symphony Orchestra as well as with Mozartiana de Rome chamber orchestra at the Vatican; a concerto by Gil Shohat with the Jerusalem Symphony Orchestra; and Doron Toi-ster's klezmer concerto with the Raanana Symphony Orchestra Israel. 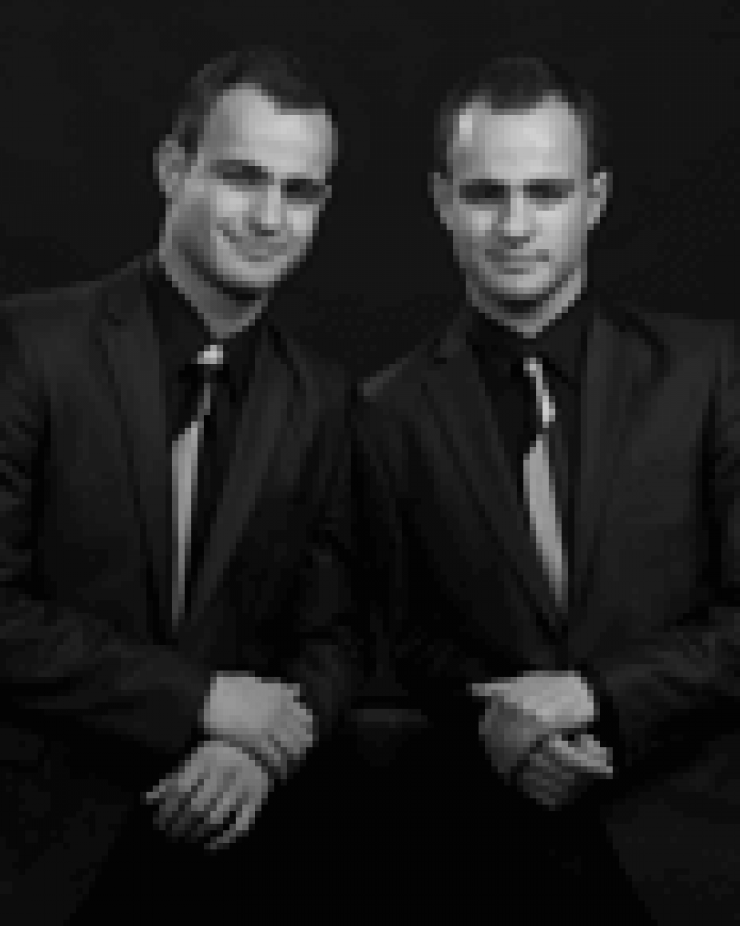