Eric Himy is one of those pianists whose performances are rare gems. He has been hailed as a throwback to another era, a colorist with a technique that transcends normal barriers in the pursuit of the rare magical combination of music with meaning, yet alive with visceral energy and passion and he excels in exploiting the resources of the instrument to create something totally new and out of the ordinary going beyond the score. His playing has been described by The New York Times as “flawlessly poised, elegant and brilliant. Mr. Himy has a formidable technique, and he deploys a wide range of colorings.” The Revue Musicale De Suisse Romande wrote: “There is some Horowitz in those steel wrists and those rubber fingers: a feline approach to the keyboard, alternating caressing velvet paws and nervous strokes of claws, a sensually gourmand exploitation of sonorities, a high-level eloquence, virtuoso.” He has played to critical acclaim in the United States, Canada, South America, Bulgaria, Czech Republic, Egypt, France, Germany, Italy, Malta, Monaco, Morocco, Panama, Poland, Portugal, Russia, Spain, and Slovenia. Mr. Himy has been heard most notably at Lincoln Center, The Kennedy Center, Carnegie Recital Hall, The Frick Collection, The Phillips Collection, Teatro Amazonas, Salle Cortot and Salle Gaveau in Paris and on NPR “Performance Today. A Juilliard graduate, Mr. Himy began piano studies at age six, giving his first concert at age 10. He was guest soloist with the Baltimore Symphony Orchestra at age 15, and at 19 he made his National Symphony Orchestra debut under Hugh Wolf going on to win numerous competitions and awards including the Gold Medal at the 1988 World Piano Competition in Cincinnati, the Kosciuszko Chopin Prize in New York, and top honors in the 1991 Milosz Magin International Competition in Paris. Himy studied biochemistry and music at the University of Maryland, and received a Master of Music degree from the Juilliard School in New York, having studied with Thomas Schumacher, Adele Marcus and Josef Villa. He was featured on the cover of Clavier and in Musical Opinion. For the ‘06-07, '07-08 seasons he performed more than 70 concerts worldwide including Morocco where he performed two concerts and was seen on National TV. Mr. Himy was invited by the Bernstein family to celebrate the 90th anniversary tribute to Leonard Bernstein in a Gala concert at the 2008 Lukas Foss Music Festival in the Hamptons. In 2010, Mr. Himy celebrated Chopin’s 200th Anniversary by performing more than 40 concerts worldwide including an appearance on MPR (Minnesota Public Radio) performing a Chopin recital. He also gave several performances of the Chopin Piano Concerto no. 1, one notably at the 2010 Marienbad Chopin Festival in the Czech Republic, and made his debut at the Bayreuth Steingraeber Festival in Germany. In 2011, Mr. Himy celebrated Liszt’s 200th Anniversary and performance highlights were at the prestigious Teatru Manoel in Malta and at the Salle Molière in Lyons, France and Carnegie Hall, NY. He also performed in 2015 and 2016 in Puerto Rico on the Grand Pianists Series. In 2017 Mr. Himy performed with the Washington Ballet in Justin Peck’s exciting choreography Suite for Two Pianos by Philip Glass with pianist Glenn Sales. The season included the Beethoven Piano Concerto no. 3 and a concert tour in Canada with violinist Emile Chudnovsky. In 2019 Mr. Himy recently performed solo recitals in Chicago, San Juan (PR) and in Paris at the Russian Cultural Institute as part of the Printemps du Violin Festival the rarely heard Guillaume Lekeu Violin Sonata in G with violinist Michael Guttman and Piano Trios also with cellist Jing Zhao. His recordings include an all-Ravel CD for Ivory Classics about which the BBC Music Magazine April 2003 wrote: “If you want Ravel’s two piano cycles, Miroirs and Gaspard de la Nuit I have no hesitation in recommending this. As for the Miroirs, I have never heard the five pieces done better.” Paul Turok of the New York Times wrote: “Pianist Eric Himy’s name is hardly a household word among music lovers, but if he plays other composers as well as he plays Ravel, it deserves to be.” He also recorded the original manuscript version of Rhapsody in Blue in an all-Gershwin CD which features brilliant Gershwin transcriptions of his own and those of Earl Wild. Classics Today 2005 wrote: “ There’s no denying Himy’s virtuosic flair, this is a fascinating disc.” His Schumann CD was chosen by BBC Music Magazine as CD pick of 2007. 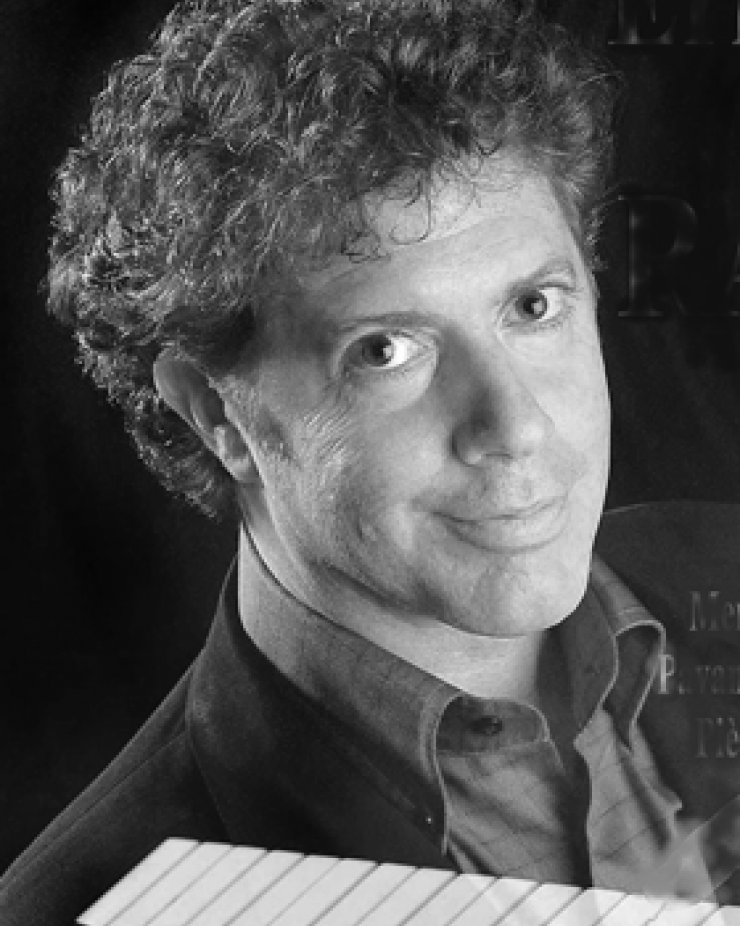