The percussion ensemble was established in 1978 on the advice of Claudio Abbado. The name I Percussionisti della Scala is connected with the theater where the instrumentalists come from and where they carry out their main activity. They play in all the most important theaters in the world, both with the orchestra of the theater itself and with that of the philharmonic conducted by the most prestigious conductors, coordinated since 1995 by Loris Francesco Lenti they have held hundreds of concerts, in front of the most varied types of public, participating in many high-level music festivals both in Italy and abroad: Teatro alla Scala, Ravenna Festival, Ludwigsburger Festival, Manzoni Theater, Milan G. Verdi Conservatory, Turin Music Fair, World Day of Music Festival ... The Percussionists are often present at the inauguration of auditoriums, theaters and concert halls, at events for large masses of public and at live concerts recorded for Italian and foreign radios. In addition to participating in concerts broadcast by Rai, RaiSat International and other private networks, they have inaugurated humanitarian events such as the Telethon, playing together with great rock music artists and taking part in remarkable events, or playing in the squares together with folk groups Africans, or improvising with groups of techno-performers of experimental music. The group, which is very versatile in terms of the number and names of the performers, has had the opportunity to perform a large number of world premieres with expressly composed music dedicated to them by well-known composers: Luigi Nono, Karlheinz Stockhausen, Giacomo Manzoni, Azio Corghi, Marcello Abbado, Marco Betta, Federico Dell'Agnese, Carlo Galante, Alessandro Lucchetti, Luca Mosca, GianPaolo Testoni, Marco Tutino, Paolo Ugoletti, Maurice Jarre, Alberto Barbero, Lorenzo Ferrero, Matteo D'Amico, Maurizio Fabrizio, Stefano Martinotti, Ailem Carvajal Gomez, Luigi Marinaro, Luigi Abbate, etc. performed both at the Teatro alla Scala and in various Festivals. Their first record was welcomed by critics and the public with much favor. The release of I Colori della Percussione (the first completely live of the group) followed by a second live CD, entitled Fla-Ga-Da, released in autumn 2003, started a new line of CDs of the group. A third live recording at La Scala was dedicated to music by John Cage. 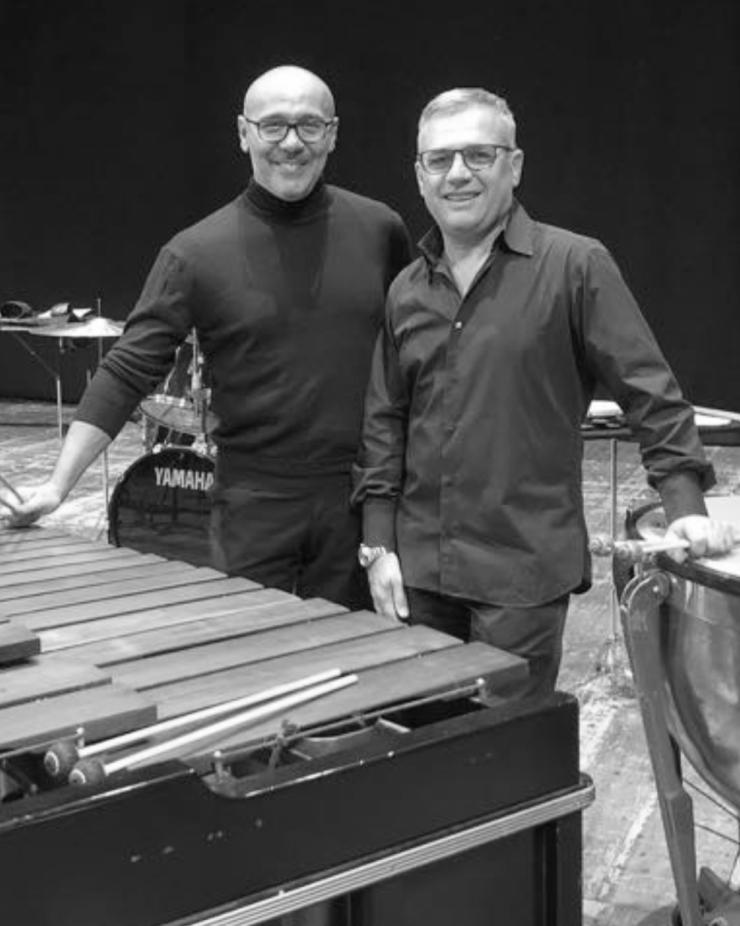