Marc Bouchkov’s artistry is driven by expression. His violin playing is grounded not only in a thorough knowledge of the score, the historical content and the authenticity of the interpretation, but also in his belief that performance is a way to communicate directly with his listeners. The closeness of the violin’s sound to the human voice is his inspiration for expressing feelings and emotions in music, turning these into a musical experience for the audience. Marc Bouchkov was born 1991 into a family of violinists. He received his first lessons at the age of five from his grandfather, Mattis Vaitsner. He studied with Claire Bernard and Boris Garlitzky, who has been his mentor ever since. Marc Bouchkov’s artistic development has been marked by numerous international awards. He won First Prize at the highly-regarded “International Violin Contest Henri Koch,” at the “European Young Concert Artists Audition” and at the “Queen Elizabeth Competition”. In 2013 he won the First Prize at the “Montreal International Musical Competition“ and was named an award-winner of the Stiftung Juventus by Georges Gara. Recently he received the “Lotto-Förderpreis” of the Rheingau Musik Festival. As a concert artist, the young musician has enjoyed a rapidly growing and widely acclaimed career. “Without doubt: an exceptional talent!” wrote the Neue Zürcher Zeitung after his concert with the Tonhalle Orchester Zürich and Lionel Bringuier. Highlights of the 2016/2017 season include concerts with the hr Sinfonieorchester and Christoph Eschenbach, the Orchestre National de Belgique and the Orchestra Sinfonica Nazionale RAI in Turin under the baton of Andrey Boreyko. Marc Bouchkov performed already with the NDR-Sinfonieorchester Hamburg, the Belgian National Orchestra, the Royal Philharmonic Orchestra of Liège, the Moscow Philharmonic Orchestra and the Staatsorchester Rheinische Philharmonie. He played Brahms Violin Concerto with the Düsseldorfer Symphoniker for a ballet production of the Deutsche Oper am Rhein. In 2014, upon the invitation of Mariss Jansons, Marc Bouchkov performed the inaugural concert of the Royal Concertgebouw Orchestra’s «Essentials» series. As a keen chamber musician, Marc Bouchkov receives invitations to Hamburg, Montpellier, Zurich, Colmar, St. Petersburg and Montreal as well as to festivals like the Heidelberger Frühling and the Schubertiade Schwarzenberg. In October 2016 he will give his debut at Wigmore Hall London where he will be awarded with the London Music Masters prize. Marc Bouchkov is studying since October 2014 as a Young Soloist in a postgraduate course at the Kronberg Academy with Mihaela Martin. He is sponsored by Brigitte Feldtmann, who has provided him with a violin by Jean Baptiste Vuillaume, Paris, 1865. 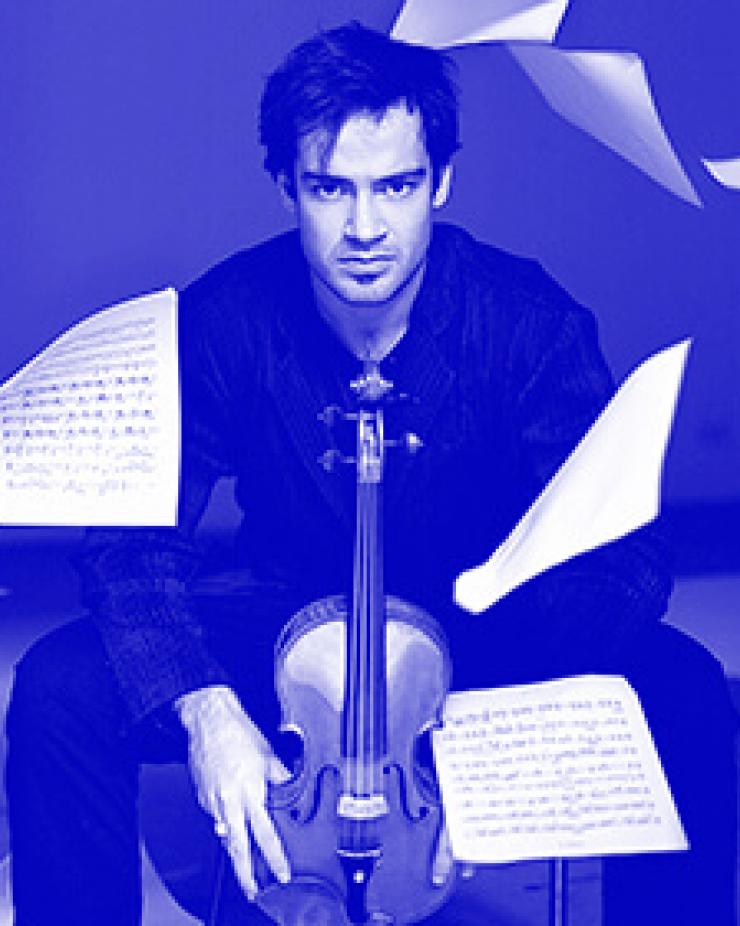