Marta has established herself as one of today's most highly regarded young violinists with a string of competition successes and an extensive concert experience. She performed around the world as a soloist and collaborated with musicians such as Maxim Vengerov, Barry Douglas, Arto Noras, Antoni Wit and Bruno Giuranna. He was recently described as a ‘simply superb regarding commitment, musicianship and technical command’ by London ‘The Times’. Born in Poland, she began her violin studies at the age of 7. After graduating from the Chopin University of Music in Warsaw with Jan Stanienda Marta completed a Master of Arts with Distinction and the Advanced Diploma in Performance course from the Royal Academy where she studied with György Pauk. Currently she is a student of Maestro Salvatore Accardo in the Stauffer Academy in Cremona. Recent and future appearances include recitals at London Wigmore Hall, Concertgebouw Hall in Amsterdam; solo concerts with Polish National Orchestra, Sinfonia Varsovia, Polish Radio Orchestra, Bratislava and Cracow Philharmonics. Marta’s most recent achievements include the Royal Philharmonic Society Award, J&A Beare Bow Prize, and in September 2015 the 1st prize and Grand Prix with two Special Prizes at the Ludwig van Beethoven International Chamber Music Competition in Poland, alongside her pianist Lukasz Chrzeszczyk. She is also a laureate of numerous prizes at international competitions, including the Johannes Brahms Competition in Austria and China International Violin Competition. 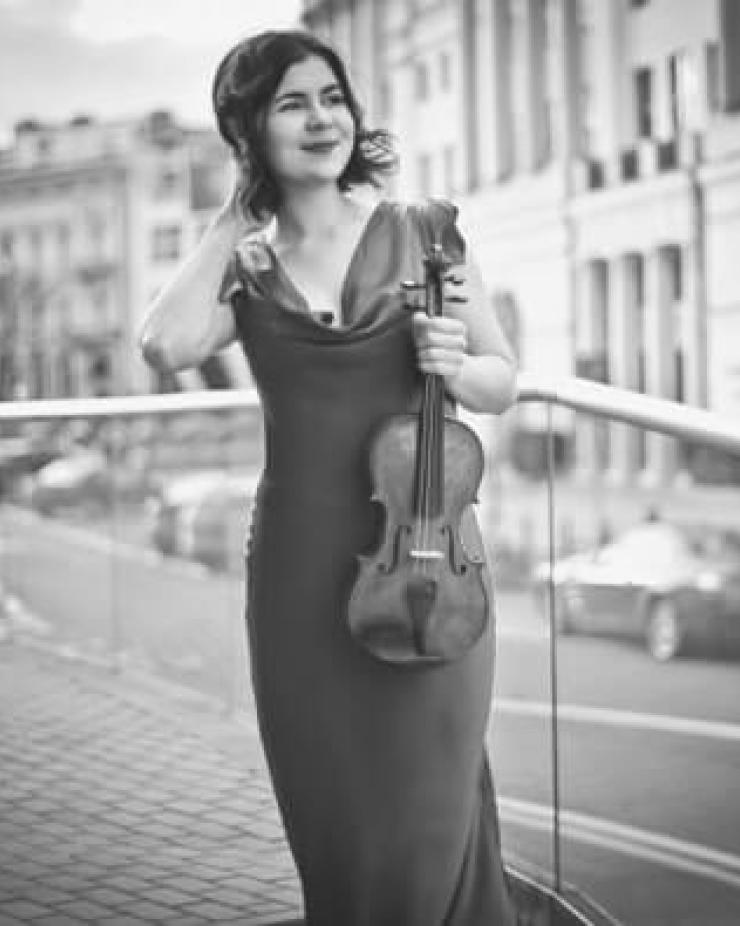