Eugenia Amisano Born in Genova, Italy, she graduated in dance theater at the “Paolo Grassi” drama school in Milan. She began studying singing with her mother Carmen Vilalta, a Spanish teacher and singer, and then began a personal research on the voice between ancient and popular styles. Among his masters: Hervé Diasnas, Claude Coldy, Adriana Borriello, Giovanni Di Cicco (contemporary dance / body work practices), Lia Ruscica, Simona di Spirito (flamenco dance), Maria Consagra, Federica Granata (theater), Elena Ledda, Francesca Breschi (singing), Francesca Zaccaria (yoga). She graduated in the Feldenkrais Method under the guidance of Frank Wildman and Eilat Almagor. She participates in various theatrical and musical productions in Italy and abroad as a singer-actress-dancer, with Italian and international companies. With the guitarist and composer Paolo Traverso creates Cadira , holding concerts and realizing 3 CDs (CADIRA - Spanish folk songs, 2004; "ARADAS", Ed. Promomusic, 2007 and "MAR" - original tracks of the duo in Catalan language - Temps Record, 2012). Member of the Mus-e Association created by Yehudi Menuhin, she regularly holds creative workshops in elementary schools. In 2015 she founded with a Genoese collective the social promotion association "Il limone lunare" which deals with artistic projects in the social field. She conducts classes and trainings of bodily and vocal practices. Gioele Balestrini Gioele Balestrini was born in 1996 and is a solo percussionist,chamber musician and arranger. He graduated with honours in Percussion Instruments. In 2014 he was honoured with the Conservatory of Fermo Award as best musician for excellent musicality and mastery in the use of timbral and expressive registers. He performed in many Italian theatres (Teatro Palladium in Rome, Teatro Vittoria in Turin, Teatro Dell'Aquila in Fermo and many others) as a soloist and chamber musician. He is active as a solo performer in the search for new theatrical concert forms, mixing and using various forms of art, aimed at creating a complete 360° show. Since 2018 he is a member of the MUS-E Association created by Yehudi Menuhin, which has allowed him to get in touch with new artistic dimensions. Davide Bonetti "Use his accordion with naturalness and enthralling passion". "In his arms, the accordion turns into an orchestra". Accordionist, eclectic musician and composer, Davide Bonetti performs both as a soloist and in various formations, from ethnic to modern, jazz and classic music. The accordion is a family tradition that starts from his great-grandfather. Graduated in Jazz at the Brescia Conservatory in 2007, he deepens his studies in parallel with internationally renowned masters. He also devotes himself to the study and practice of various instruments: diatonic accordion, percussion, bercandeon (of which he is one of the first experimenters in the world). A valued accompanist of actors, dancers and performers, he collaborated with artists of international fame. He works in projects with childrens for Mus-e Italia Onlus. Sebastiano Forte Sebastiano Forte was born in Siracusa (Sicily) in 1978, begin to play clarinet when he was 7 and he never stop playing since that day, now mainly as a guitarist. He gradueted with honours in Jazz Arrangement and Composition, with a master's degree thesis about Tango and Jazz and in Psichology with a master's degree thesis about Musical Ear and interpersonal contact. With Qbeta, Nidi D'Arac and other bands he took part to many international festivals: Austin City Limits (Texas), World Social Forum in Porto Alegre (brasil), Mediterranean Forum in Barcelona (Spain), Primo Maggio dei lavoratori Piazza San Giovanni Rome (Italy), Cairo International Theatre festival (Egypt) etc... As a composer, he works for cinema and theatre. As a musical teacher and trainer he works with people of all age. With the musical duo “TU” realized the web series “Happy Birthday TU” for the RAI (Italian broadcasting company) and collaborates with many musical projects, making recordings among others with the academy award winner Luis Bacalov. Antonino Talamo I study folk and folk music from all over the world, I try to express my creativity through the instruments of the southern hemisphere, trying to do it respecting the tradition and culture behind it. My teaching commitment and my passion for sharing and exchange are the basis of my artistic language. For the rest, the word goes to the voice of the instruments 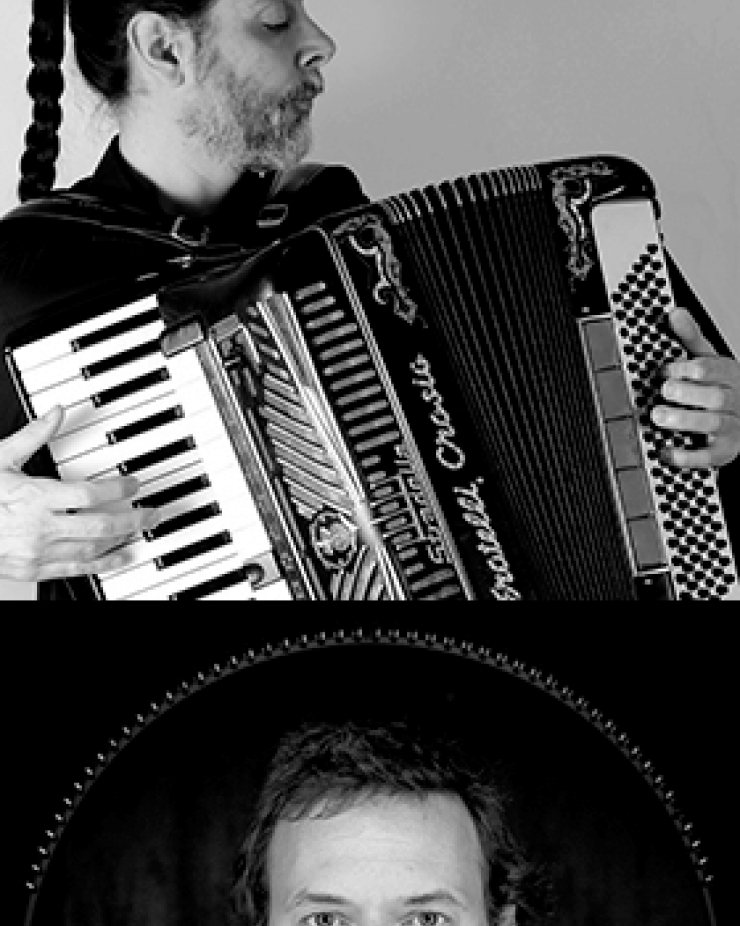