Sergei Nakariakov has broken through more than a few of the perceived boundaries framing the world of the trumpet in classical music. Dubbed "The Paganini of the trumpet" when he was only 13 years old, and in 1997 "Caruso of the Trumpet" by Musik und Theater, Sergei has developed a unique musical voice, His repertoire is continually expanding into broader territories, including many fascinating transcriptions. At the same time, he has single-handedly brought the flügelhorn to prominence on the concert platform. Sergei began to play the piano when he was six years old, but moved on to the trumpet, after a spine injury curtailed his piano studies. Sergei pays tribute to the technical and musical gifts he has learned from his father, Mikhail Nakariakov, who has transcribed a large repertoire of classical concertos for the trumpet, and with whom he studied daily from the very beginning. From age ten Sergei performed with orchestras in major concert halls of the Soviet Union. In 1988, he got a diploma at a brass competition for adults. In order to develop his carrier and to travel, he had to leave the Soviet Union and his family thus moved to Israel. In 1991 he enjoyed great success at the Ivo Pogorelich Festival in Bad Wörishofen, and he made his debut with the Lithuanian Chamber Orchestra at the Salzburg Festival. In 1992 Sergei was a guest at the “Schleswig - Holstein Musikfestival” where he was awarded the "Prix Davidoff" . Since then he has appeared in many of the worlds leading centers of music, including the Hollywood Bowl in Los Angeles, the Lincoln Center in New York, the Royal Festival Hall and the Royal Albert Hall in London. He performs in festivals in most European Countries. He tours for several weeks each year in Japan and also appears as guest soloist in North America and Canada. He is collaborating with the world's most feted musicians, orchestras and conductors, most recently in Paris at the Théâtre des Champs Élysées with the St.Petersburg Philharmonic and Youri Temirkanov. His international touring schedule includes performances in the foremost concert series all over the world, both with orchestra and in recital - accompanied by his sister pianist Vera Okhotnikova or Belgian pianist Maria Meerovitch. In 2006 Sergei Nakariakov premiered “ad absurdum” with the Munich Chamber Orchestra, a concerto specially composed for him by Jörg Widmann. In 2007 Sergei Nakariakov performed “ad absurdum” with the BBC Symphony Orchestra and Jiri Belohlavec at the Barbican. Nakariakov's discography has drawn enthusiastic public and critical acclaim; and incorporates the most famous trumpet concertos as well as two recital albums of virtuoso music for trumpet by Bizet, Paganini, de Falla, Gershwin and Rimski-Korsakov with pianist Alexander Markovitch. Recordings include The "Élégie", with pianist Vera Nakariakova; "Concertos for Trumpet" featuring transcriptions for trumpet and flügelhorn of string concertos by Haydn, Mendelssohn and Hoffmeister; and "From Moscow with love" featuring Russian Concertos. His most recent CD is “Echoes from the past”, with trumpet concertos originally written for bassoon and violoncello, by Hummel, Mozart, Weber and Camille Saint-Saens. In Japan he appeared in a romantic film production impersonating a Russian trumpet player: “Taiga-no itteki”, also playing in the soundtrack of the film. Nakariakov premiered the trumpet concerto "PIETA" by Christian Jost dedicated to Chet Baker, with the Philharmonic State Orchestra Hamburg in the Laeiszhalle. His recent engagements include tours through Italy, Switzerland, Germany, Brazil, Japan and the USA. A seasonal highlight was his performance of the trumpet concerto by Jörg Widmann, composed especially for him and which he played with the SWR Radio Symphony Orchestra. 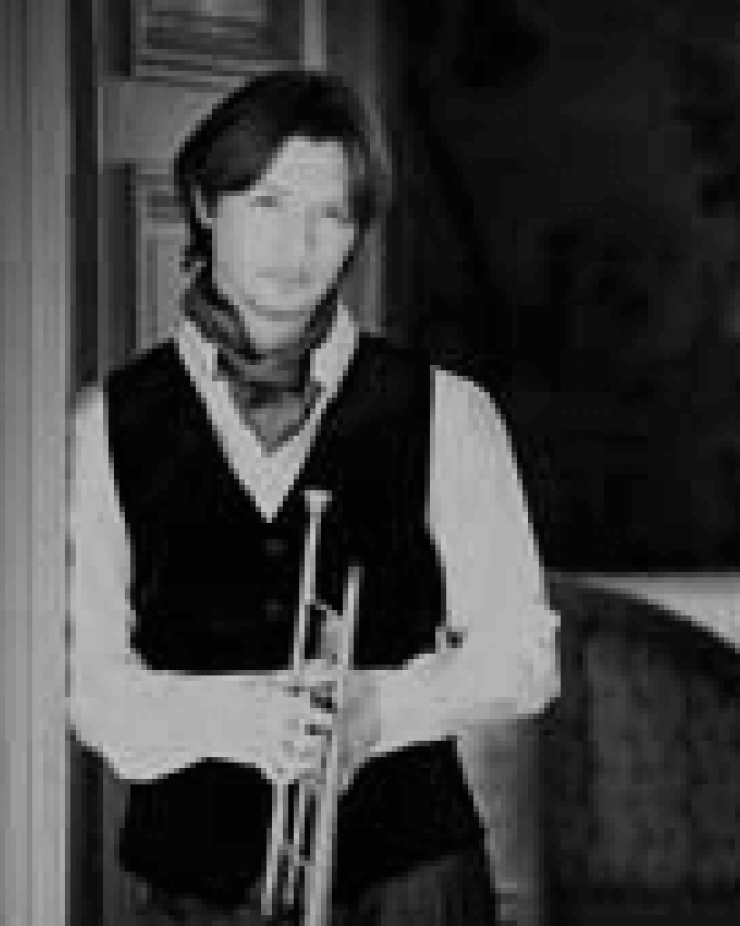