Violinist Asi Matathias, protege of Pinchas Zukerman, is already recognized as one of the mostcelebrated talents of his generation. He made his debut at the age of 14 with the Israel PhilharmonicOrchestra under the baton of Zubin Mehta, displaying a musical maturity and inspiration far beyondhis years. This success was immediately followed by another invitation from Maestro Mehta toperform with him in the following season. Since then, he has performed as a soloist with numerousorchestras across the globe with such conductors as Eliahu Inbal, , Dan Ettinger, Horia Andreescu, Eduard Topchjan, Leon Botstein, Frederic Chaslin, the late Mendi Rodan and Gints Glinka. Mr. Matathias has recorded for the BBC, CBC, WQXR, IBA and ORF. He is a frequent recitalist and hasperformed extensively throughout Europe, Asia, the US, South America and Israel, in foremost venueslike Carnegie Halls Stern Auditorium, Zankel Hall and Weil Recital Hall, 92nd Street Y in New York, Berlin Philharmonie, Izumy Hall in Japan, Liederhalle in Stuttgart, Bronfman Auditorium in Tel-Aviv, Harbin Opera House and The National Arts Center in Canada. As an enthusiastic chamber musician, he has collaborated with renowned artists such as YefimBronfman, Nikolaj Znaider, Pinchas Zukerman, Renaud Capucon, Nobuko Imai and Frans Helmerson. He has played in Festivals such as the Jerusalem International Chamber Music Festival, The ConAnima Festival in Austria, the Vienna Bezirk Wochen Festspiele, the Israel Festival, Prussia Cove inEngland and other festivals around the world. Mr. Matathias began playing the violin when he was six years old. In Israel, he studied with ChaimTaub, and became the youngest student to be enrolled at the Universitat fur Musik und darstellendeKunst in Vienna. He also studied with violinists Aaron Rosand and the late David Nadien. Matathias was awarded the 2017 career grant from Salon de Virtuosi in New York. He was alsoawarded a diploma of excellence and has been supported by the America-Israel Cultural Foundationsince 1997. Matathias earned both his bachelors and masters degrees from the Manhattan School of Music, where he was a long time student of Pinchas Zukerman and his teaching associate Patinka Kopec. 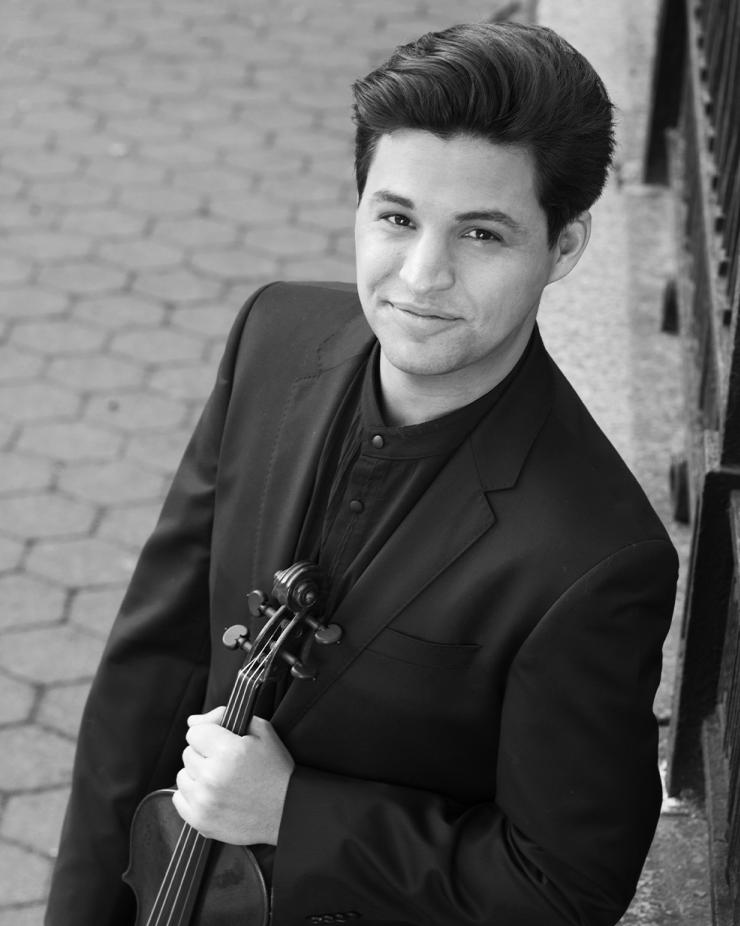