Dionysis Grammenos won the Eurovision Young Musicians Prize Award, in 2008 in Vienna, and is considered as a "phenomenon in music, tremendously talented and with extraordinary musicality". Grammenos has appeared with prestigious Orchestras and Ensembles, such as the Wiener Symphoniker, Qatar Philharmonic Orchestra, Norwegian Radio Orchestra, Polnische Kammerphilharmonie, Nordic Chamber Orchestra, State Orchestras of Greece, Berlin Philharmonia Quartet, Swedish Wind Ensemble, and at renown festivals and concert halls, such as the Wiener Festwochen, Rheingau Musik Festival, Athens Festival, Wiener Konzerthaus, Auditorio Nacional de Musica de Madrid, Minato Mirai Hall, Royal Academy of Arts in London, Athens Concert Hall. Future engagements include appearances at the Auditorium du Louvre in Paris, the Pietrasanta in Concerto International Festival in Tuscany as well as his debuts as soloist with the Amsterdam Sinfonietta and with the Wiener Kammerorchester, playing and conducting.

Regarded as “one of the most important clarinetists of today”, the 23 year-old virtuoso enjoys an inernational career, working with orchestras like the Vienna Symphony Orchestra, Norwegian Radio Symphony Orchestra, Vienna Radio Symphony Orchestra, Luzern festival Strings and the Qatar Philharmonic Orchestra. He appears as a soloist at prestigious venues, such as the Concertgebouw in Amsterdam, Vienna Konzerthaus, Cologne Philharmonie, Cite de la Musique and Auditorium du Louvre in Paris, Barbican in London and the Festpielhaus Baden-Baden among others. In chamber music he regularly collaborates with the Berlin Philharmonia Quartet. Grammenos made his conducting debut at the age of 21 at the podium of the Vienna Chamber Orchestra. Among his prizes are the Grand Prix at the “Eurovision Young Musicians” International Competition 2008 in Vienna (first time to be awarded to a wind instrumentalist), the “Leonardo da Vinci” European Award for excellence in the fields of art and science and the Golden Medal of the City of Athens, for his services to music. He is selected from ECHO for the “Rising Stars” tour during the 2013/2014 season, performing at 18 major European concert halls. Since 2010 he is the Artistic Director of the Corfu Festival of Arts. 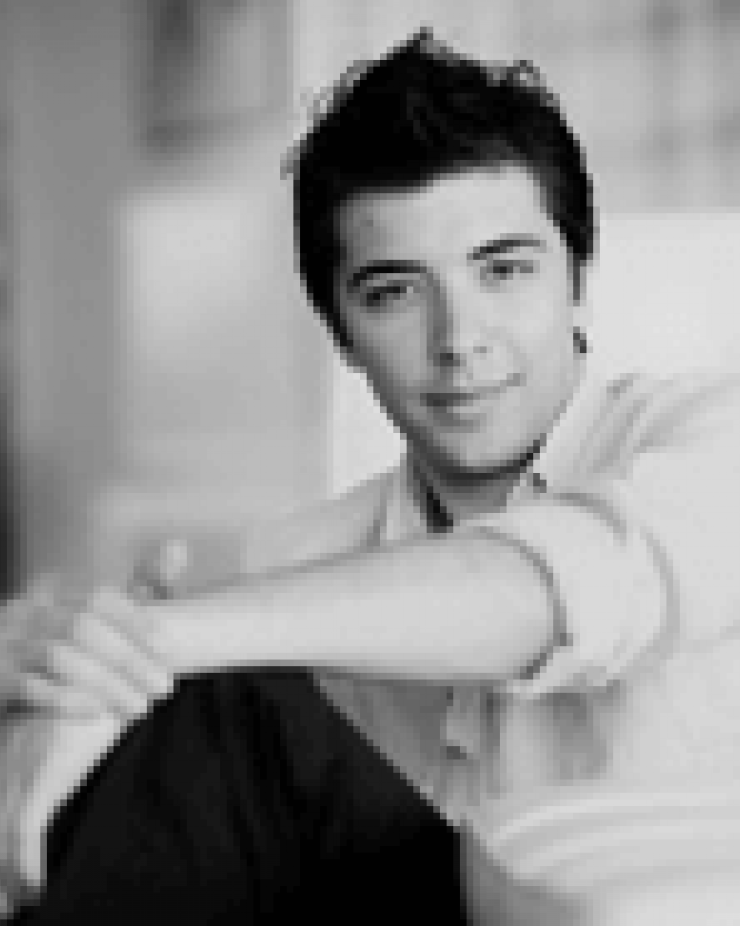